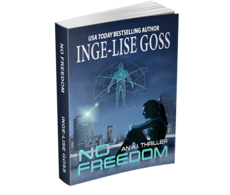 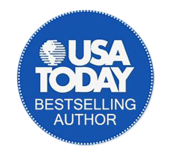 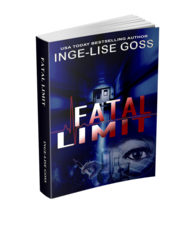 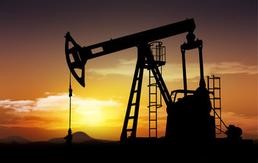 “Alex is right—there should be more oil.”

“What do you think happened to it?”

He shrugged. “I’m going to walk the flow line to the top of that hill and see if anything looks unusual. Then we’ll go to the next well.”

“I’ll come with you,” Gwynn said, following him away from the well site and into tall wild grasses. She had worn casual slacks and athletic shoes to work, not her usual attire, in anticipation she might be doing some hiking out in the field. Her binoculars bounced against her chest with every step she took. She had also anticipated that and slipped on her bullet-proof vest under a bulky cotton sweater before she left the office to give her the padding she needed.

“So far so good,” Dave said, looking into a gulley. “We’ll drive along the flow line after we’ve checked the wells if we still have daylight.”

A gunshot rang out.

“What the…,” Dave said as another shot hit a pile of rocks within ten feet from where they stood.

Gwynn grabbed Dave’s arm and yanked him toward a large boulder not far away. A violent eruption of dust clouds rose near their feet and the sound of gunfire echoed through the air.

“Aaah,” Dave moaned as a bullet struck his leg. He buckled over.

Using all her strength, Gwynn pulled him behind the boulder while he grimaced and blood squirted from his wound. She wanted to modify her binoculars into a gun, but she wasn’t ready to give up her cover. Also, she knew that gun would be no match to the powerful rifle used by the assailant. He had to be a significant distance away from them since she hadn’t been able to pinpoint his location. A minute earlier, she thought she was the shooter’s intended victim. Now, she wasn’t sure. Is the gunman trying to silence both of us? Why? The flow lines?

Dave clamped his teeth and briefly closed his eyes in a determined effort to control the pain rippling through his leg.

“Give me your keys,” she ordered, lifting off her binoculars and placing them on the ground.

Without hesitation, he plucked them from his pocket while the pinging of slugs striking the boulder bellowed out.

“I’ll be right back,” she said, scurrying away, hovering close to the ground. When she reached a cluster of junipers thirty feet from Dave, she leapt to her feet and sprinted erratically toward the Silverado as the gunfire continued. She ducked down next to the Silverado, opened the door and shimmied in, remaining below the windows. She turned the key and stepped on the gas. The engine roared to life. Staring out the very bottom of the front windshield, Gwynn tore through grass and bushes that stood in her path as she plowed toward Dave.

She skidded to a stop next to him. Using the boulder for cover she managed to help him scoot into the passenger seat. After grabbing her binoculars, Gwynn jumped into the driver’s seat and slid them behind it. She leaned over, snapped Dave’s seatbelt on, buckled herself in and peeled off, whirling dust in her wake. She spun the Silverado around and headed toward the well site as bullets struck the vehicle’s metal frame. 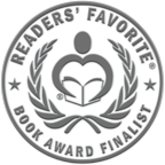 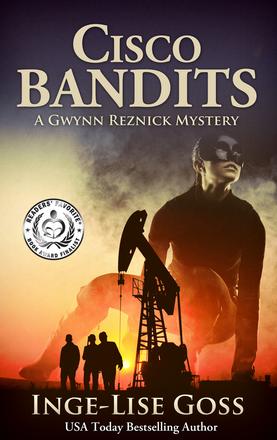 Newly trained and ready to rock her first assignment,

Gwynn Reznick is about to go undercover for the first

time. She will investigate one of the highly private

Ruben is the boss—and he also happens to be Gwynn’s boyfriend.

When Ruben gives Gwynn her assignment—to pose as an accountant for the Prudell Energy Company—Gwynn resists asking exactly what she’s supposed to be investigating. She knows Ruben has his reasons—she’s just not sure why they require her to go two months without even a hint as to why she’s there.

But things change quickly when Gwynn witnesses the death of a Prudell employee. It’s made to look like an accident, but when Gwynn learns that another employee died just before she arrived, it seems like a little too much of a coincidence.

When the CFO tells Gwynn about missing project files and data that just doesn’t add up, Gwynn finds herself suddenly in over her head. Will she be able to maintain her cover, follow Ruben’s orders, and get to the bottom of the mystery? Or will the killers get to Gwynn before she cracks the case? 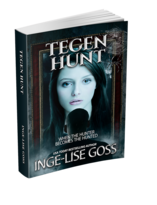 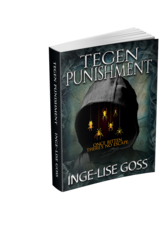 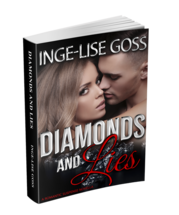 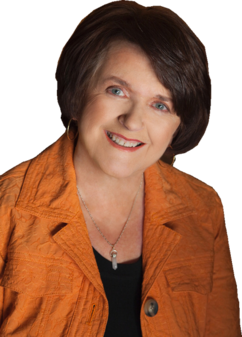