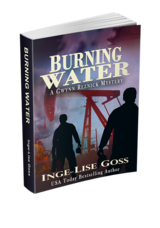 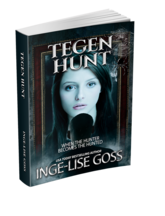 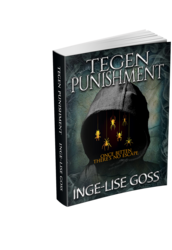 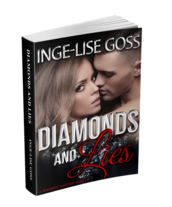 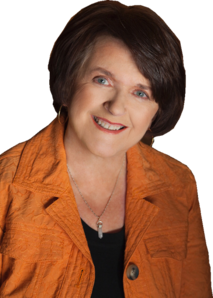 THE COST OF CRUDE: A Gwynn Reznick Mystery

Wilton Oil & Gas Company dies in a car crash. She doubts it was an accident. Her suspicion is confirmed when a private investigator, Ruben Dordi, shows up at her door. His team has discovered a trail of unusual deaths and disappearances among Wilton Employees. To make matters worse, Gwynn is under constant surveillance by those responsible for her friend's death. But that doesn't deter her from getting involved in the investigation. Danger lurks in every corner of the Wilton Tower. One false move could turn a risky situation into a death trap. As the investigation team digs deeper, they begin to unravel a sinister plot that threatens a catastrophic pipeline disaster. Will they solve the crime before it is too late?

Available in e-book and print format at Amazon.

She smelled a musty odor and wondered where they had taken her. Looking around, she saw a high ceiling with rusty metal trusses, several broken insect-infested skylights, and walls covered with masonry and metal siding. Pigeons fluttered around in the large open space, their droppings marked the walls. Old abandoned equipment stood in the center of the room, puddles of water on the cement floor. Off in the distance, she saw large double doors standing ajar with daylight shining through the opening.

The security guard turned around. He was the guard with the deep set eyes who had stared at her when she entered the Wilton Tower.

“You’re finally awake,” he said, rising to his feet. “Now don’t go away while I get Luke.” He gave her a malicious smile as he turned and strode toward the door.

She held onto the side of the cot with her bound hands, raised herself up to a sitting position, and saw the rope tightly wrapped around her ankles. Her feet were bare. She swung her legs over the edge as Cromer walked toward her.

His eyes were locked on her as he yanked the tape off of her mouth. “You’re moving around too freely. Looks like I have to sit down with Todd and criticize his hostage binding technique.”

She sat silently, immobile, staring at him.

“Don’t tell me you’re going to be difficult like your friend, Julie,” he said with a stone, cold, emotionless face.

She took a few deep breaths but remained silent.

Gwynn felt her stomach churning as she continued staring at him.

Cromer picked up a chair, lowered it down next to her, and sat, looking at her intensely. He loosened his necktie, and then pulled a knife from under his sport coat. He ran the side of the blade against his fingers. He leaned forward and caressed her neck with the tip.

Gwynn forced herself not to move as he wielded the knife around her.

“You’re in for a treat; a technique that was used on me in Iraq.” He popped off her buttons with the tip of the blade. “I screamed, bled tears, and begged for death. Like you’ll be doing if you don’t answer my questions.”

She flinched and pressed her lips together.

“I suppose I should be thankful for that experience. Otherwise, I wouldn’t be the well-adjusted person I am today.” He pushed the tip into her side.

Gwynn couldn’t prevent a scream from escaping as the blood ran down her blouse.

“That’s just to give you a little taste.” He stood and took off his sport coat, revealing a gun in a holster strapped across his shoulder, ready for the final assault. He hung it over the back of the chair and sat down. “Now that we’ve had some fun, let’s get down to business.” he said, rolling up the sleeves on his blue shirt. 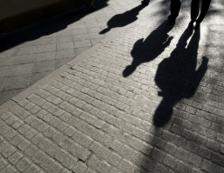 Gwynn awoke slowly with tape covering her mouth again, her wrists firmly tied together, and her body aching. She saw the back of man dressed in a Wilton security guard uniform sitting a few feet from her. Glancing down, she saw she was lying on a cot and her blouse had been torn, the rose pin gone. She managed to move her forearms over her bra and found the bug was also missing. The bandage, a tracking device waiting to be activated, was still securely attached to her arm. With her hands and mouth bound, she couldn’t pull it up.

The Cost of Crude 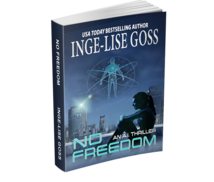 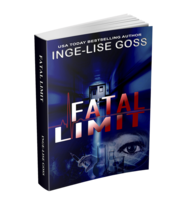 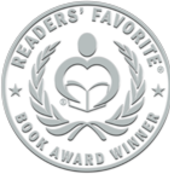 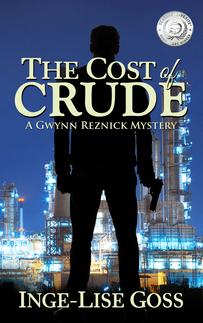